Authors: Stanislaw Krzysztof Mokwa
Categories: Crafts & Hobbies
Su-24 (Fencer) is a Soviet jet bomber with variable-geometry wings. The aircraft was supposed to be a response to the American F-111, and therefore it's structurally similar. Su-24 can operate in any weather conditions, also at night. It was designed to carry tactical nuclear weapons. In the 1960s, the military command of the Soviet Union set requirements for a new attack aircraft that would be able to operate despite strong ant-aircraft defense of NATO troops. An aircraft was expected to fly on a very low altitude at a very high speeds. Initially, it was based on Su-7 and Su-15 airframes, but due to the decision to use variable-geometry wing, it was necessary to build a completely new structure. Variable geometry allowed to achieve high speeds while maintaining good takeoff and landing characteristics. This is how Su-24 was born. The first prototype was flown on July 2, 1967 (marked as T6-1), and the second on January 17, 1970 (T6-2I). Variable-geometry wings were only used in the second prototype. In December 1971, the first serial Su-24 was built, but due to the prolonged acceptance tests (lasting until 1974), the aircraft officially did not become operational until February 1975. Su-24 was named Fencer in the NATO code. 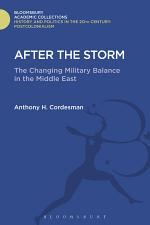 Authors: Anthony H. Cordesman
Categories: History
This comprehensive analysis documents the military forces in each Middle Eastern country at the end of the Cold War. Cordesman discusses security developments and provides a qualitative and quantitative analysis of the strength and effectiveness of every army, navy, air force, and air defence force in the region. He further assesses post-Cold War modernization and expansions plans and each country's internal security situations, the role the military plays in its government and internal tensions and civil wars. Special attention is paid to Iran and Iraq and the author examines the military changes in both countries as responses to the Iran-Iraq and the First Gulf War. After the Storm is unique in combining the evaluation of conventional forces with assessments of developments in biological, chemical and nuclear weapons and provides a coherent picture of the state of the military in the Middle East in the early 1990s. Summary tables and charts present keys statistics for the region, formatted to allow quick country by country comparisons. 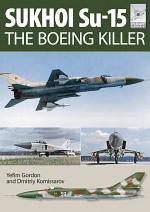 Authors: Yefim Gordon
Categories: History
In the late 1950s, the Sukhoi Design Bureau, already an established fighter maker, started work on a successor to its Su-9 and Su-11 single-engined interceptors for the national Air Defence Force. Similar to its predecessors, the new aircraft designated Su-15 had delta wings; unlike the Su-9/Su-11, however, it had twin engines and lateral air intakes freeing up the nose for a powerful fire control radar. First flown in May 1962, the Su-15 officially entered service in 1965 and was built in several versions, the late ones having cranked-delta wings and a more capable radar. Being an air defence fighter, the Su-15 frequently had to deal with intruders. Unfortunately the aircraft gained notoriety in two separate incidents involving shoot-downs of Boeing airliners (a 707 in 1978 and a 747 in 1983), both of which were South Korean and had intruded into Soviet airspace on what was very probably clandestine spy missions.This book describes the developmental and service history of the Sukhoi-Su-15, containing a comprehensive survey of all model-making kits currently available on the market.

Authors: Yefim Gordon, Dmitriy Komissarov
Categories: History
Developed in the Soviet Union in the 1960s, the Su-24 tactical bomber has become one of the most successful aircraft in its class. Featuring delta wings and auxiliary lift engines meant to improve its field performance, the first prototype turned out to be more of a liability than an asset and the aircraft was redesigned to have variable geometry wings. The Su-24 had its baptism of fire in the Afghan War and was also exported to Iraq, Iran, Algeria, Libya and Syria, seeing action in some of these countries. At home, Russian Air Force Su-24s were heavily involved in the first and second Chechen campaigns and the type has undergone a mid-life update allowing it to carry precision-guided munitions. and is still going strong. Illustrated with over 750 photographs, many previously unpublished, as well as line drawings, color side views, insignia, unit badges and nose art this latest addition to the "Famous Russian Aircraft" series will be of interest to aviation enthusiasts and scale modellers alike. 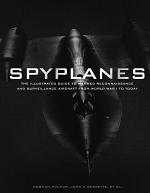 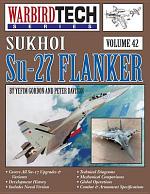 Authors: Yefim Gordon
Categories: History
Recognized as one of the best fighters of the 1990s, the Su-27 Flanker is a single-seat supersonic interceptor that is often declared the finest and most successful fighter of the Cold War era. Designed by Sukhoi OKB, the imposing fighter quickly gained popularity and respect from countries all across the globe. Intended to be a direct competitor to the new generation of American fighters such as the F-15, the Su-27 was designed with outstanding range, heavy armament, and high agility. Excellent performance, handling, and serviceability have made the aircraft popular with its pilots and ground personnel alike. Equipped with an analog fly-by-wire control system, a full avionics suite, and up to 10 air-to-air missiles, the Flanker also features a rearward-facing radar between the engines, allowing it to fire at targets behind the aircraft. Outfitted with two Lyul'ka AL-31F turbofans, each 12,500 kgp (27,557 lb st) with afterburning, the Su-27's high thrust-to-weight ratio and refined aerodynamics allow superb flight characteristics at high angles of attack. Yefim Gordon and Peter Davison are the authors of several books on Soviet aircraft including the Specialty Press titles Mikoyan Gurevich MiG-29 Fulcrum and Mikoyan Gurevich MiG-15 Fagot. Over 300 photos illustrate the story of the Su-27. Topics covered include design, development, structural detail, international production, trials, upgrades and generations, comparisons, overseas sales, and much more. This book is a must have for all warbird enthusiasts! The photos in this edition are black and white. 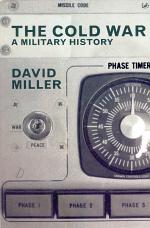 Authors: David Miller
Categories: Technology & Engineering
From 1949 to 1991 the world was overshadowed by the Cold War. Repeatedly it seemed that in days, even hours, global nuclear conflict would sweep away much of the United States, the Soviet Union and Europe. They would be obliterated in what President Carter described as 'one long, final and very bleak afternoon'. When the Cold War ended, the Warsaw Pact was wound up and the vast military forces which had flourished for over forty years were disbanded. As with all wars, however, it was only then that the realities of what had been involved began to emerge; indeed, much has remained hidden until now.In The Cold War, David Miller discloses not only the vast scope of the military resources involved, but also how nearly threat came to terrible reality. Most chillingly of all, he reveals that while the menace of nuclear war predominated, it was actually little understood even by the experts. The book examines each military area in turn, covering the formation of the two great alliances, and the strategies and major weapons in the rival navies, armies and air forces. That the Cold War ended without a conflict was due to professionalism on both sides. The result, Miller suggests, would have impressed the Chinese military strategist, Sun Tsu, who, writing in the fifth century BC, said that 'to subdue the enemy without fighting is the acme of skill'. 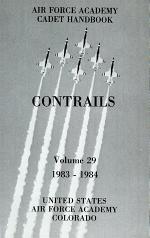 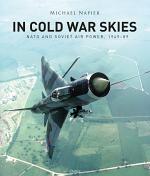 Authors: Michael Napier
Categories: History
Throughout the second half of the 20th century, international relations across the globe were dominated by the Cold War. From 1949 until the fall of the Berlin Wall in 1989, US and Soviet strategic forces were deployed across the Arctic Ocean in North America and Northern Russia, while the best-equipped armed forces that the world had ever seen faced each other directly across the 'Iron Curtain' in Europe. In Cold War Skies examines the air power of the major powers both at a strategic and at a tactical level throughout the 40 years of the Cold War. In this fascinating book, acclaimed historian Michael Napier looks at each decade of the war in turn, examining the deployment of strategic offensive and defensive forces in North America and Northern Russia as well as the situation in Europe. He details the strategic forces and land-based tactical aircraft used by the air forces of the USA, USSR, NATO, Warsaw Pact countries and the European non-aligned nations. He also describes the aircraft types in the context of the units that operated them and the roles in which they were used. The text is supported by a wide range of first-hand accounts of operational flying during the Cold War, as well as numerous high-quality images. 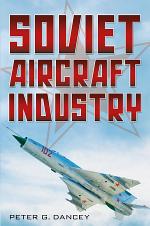 Authors: Peter G Dancey
Categories: History
Soviet aircraft industry was an essential part of the USSR’s campaign for global dominance in the twentieth century. Thanks to the thick fog of secrecy that enveloped it throughout the Cold War, it has long inspired the fascination of analysts and enthusiasts in the West; until the collapse of the USSR in 1991, details of Soviet aircraft were often a matter of conjecture. This book aims to uncover fully the mystery surrounding this topic. Drawing on original and previously unpublished information obtained directly from the former USSR, Soviet Aircraft Industry examines the unique characteristics of Soviet-designed aircraft—particularly military types, which were the cause of great concern to the West. Further, by virtue of the industry’s central role throughout Soviet history, this book provides a rare and important perspective into the broader theme of Russia’s great communist experiment. 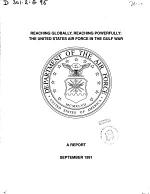