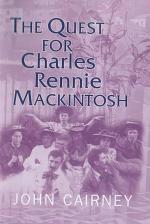 The Quest for Charles Rennie Mackintosh 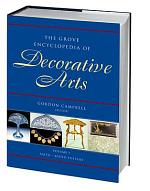 The Grove Encyclopedia of Decorative Arts 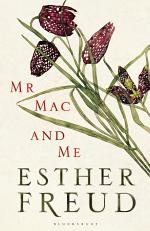 Mr Mac and Me

Authors: Esther Freud
Categories: Suffolk (England)
A tender and compelling story of an unlikely friendship and Esther Freud's most beautiful and masterful work to date 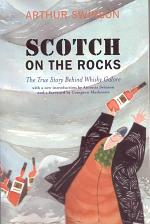 Scotch on the Rocks

Authors: Arthur Swinson
Categories: History
On the night of 4 February 1941, the SS Politician founders off the coast of South Uist. The salvage – nearly a quarter of a million bottles of duty-free whisky and hard currency worth, today, ninety million pounds. And to islanders across the Hebrides, it’s theirs for the taking, hiding, drinking or selling. This is the true story behind Sir Compton Mackenzie’s Whisky Galore. Arthur Swinson’s careful research casts an honest light on the events leading up to – and following – this tremendous bounty. Awash with contraband, the communities nearby faced unexpected problems: from the government; the police; customs inspectors; and, not least, each other. 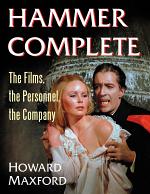 Authors: Howard Maxford
Categories: Performing Arts
Think you know everything there is to know about Hammer Films, the fabled "Studio that Dripped Blood?" The lowdown on all the imperishable classics of horror, like The Curse of Frankenstein, Horror of Dracula and The Devil Rides Out? What about the company's less blood-curdling back catalog? What about the musicals, comedies and travelogues, the fantasies and historical epics--not to mention the pirate adventures? This lavishly illustrated encyclopedia covers every Hammer film and television production in thorough detail, including budgets, shooting schedules, publicity and more, along with all the actors, supporting players, writers, directors, producers, composers and technicians. Packed with quotes, behind-the-scenes anecdotes, credit lists and production specifics, this all-inclusive reference work is the last word on this cherished cinematic institution. 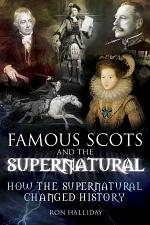 Famous Scots and the Supernatural

Authors: Ron Halliday
Categories: Fiction
Scotland is often seen as a land of mystery, a place where reality collides with the world of spirits and phantoms. But what effect does that have on the individuals who call it their home? And, in particular, on those people who have in one way or another earned a place in history? Famous Scots and the Supernatural examines the achievements of famous Scots through the ages and shows how their lives and decisions have been affected by unusual and unlikely influences. For example, William Wallace was seen at one time as much as a mystic as a soldier. Hugh Dowding, who masterminded Britain's Battle of Britain victory, was fascinated by the spirit world and became a leading exponent of the New Age movement. And John Logie Baird, the father of television, had a number of supernatural experiences and attended séances where he received messages from dead inventors. Famous Scots and the Supernatural reveals how, from the earliest times to the present, politicians, scientists, writers and artists have been influenced not only by the world around them but by less obvious and more mystical beliefs and experiences which have changed their lives and altered the course of history. 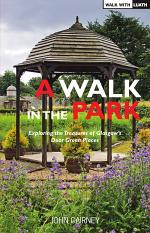 A Walk in the Park

Authors: John Cairney
Categories: History
A wander through twelve of Glasgow’s finest parks, and through the mind of a treasured Glasgow resident, John Cairney. Cairney’s exploration of his home city’s dear green places ranges from Tollcross Park in the east, to the Botanic Gardens, pride of the West End, and even right out to Hogganfield Loch in the city’s furthest reaches. Written with a deep love of the city, A Walk in the Park takes us on a journey into Glasgow’s past as well as through its outdoor spaces. Cairney traces his city’s history back a millennium to its founding by that great wanderer, St Mungo. Through the stories of its parks Glasgow comes to life, a post-industrial city with an unmatched individuality, a thriving cultural scene, and a lot to look forward to. 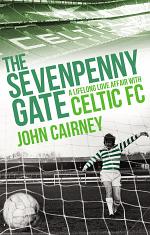 Authors: John Cairney
Categories: Biography & Autobiography
'Clutching in my hand my seven copper pennies, I ran down the two flights of stone stairs from our tenement flat and through the East End to Kinloch Street, where, puffing a bit, I joined the queue of other wee boys lining up to place their coins on the brass plate above the iron turnstile, push hard against it, then climb up onto the dirt terracing and into Paradise. The rest of the world called it Celtic Park.' This is a story seen through green-and-white spectacles. It begins when nine-year-old Glaswegian John Cairney walks through the boys' gate at Celtic Park and embarks on a series of adventures that, over the years, take him all over Scotland and beyond. The Sevenpenny Gate is about a search for heroes, Celtic heroes. It is also the tale of an East End club of humble Irish origins that has developed into a worldwide brand and continues to command the devotion of its fans, even with the Celtic diaspora now spread across the globe. 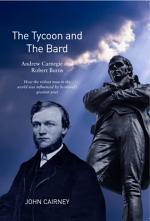 The Tycoon and the Bard

Authors: John Cairney
Categories: Biography & Autobiography
Andrew Carnegie: self-made Scottish-American steel millionaire and international philanthropist, remembered through trusts, charities and public buildings on both sides of the Atlantic. Robert Burns: Scotland’s greatest poet and most famous philanderer; an inspiration for future liberal politicians and an almost mythical cultural icon. What do the world’s greatest tycoon and Scotland’s finest bard have in common? More than you might think. Despite dying thirty nine years prior to Carnegie’s birth, Burns’ work so inspired the philanthropist that he recited all eleven verses of ‘Man Was Made to Mourn’ at just eight years old. Carnegie’s enthusiasm for the poet was to accompany him throughout his life, as unbeknownst to him parallels between himself and his idol emerged time and again. Fuelled by ambition, both brilliant Scots went to unusual lengths to better their lives. While Burns travelled the length and breadth of their homeland writing poetry that would endure for generations, Carnegie left Scotland for America to forge his place in the industrial revolution. The connections between Andrew Carnegie and Robert Burns are unexpected and fascinating, running from their humble beginnings to their enduring legacies. John Cairney 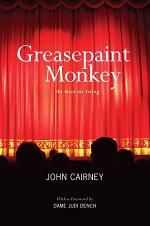 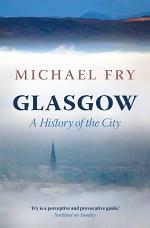 Authors: Michael Fry
Categories: History
Beloved, reviled – and not only by Glaswegians – Glasgow isn't just the Industrial Revolution nor the Victorian slums. Founded in the sixth century, its forebears pushed back the Romans. The roof of its cathedral, founded in the twelfth century, survived the Reformation. Its fifteenth-century university welcomed Adam Smith and the Enlightenment. It prospered from sugar, tobacco, cotton and slavery in the eighteenth century, and saw the rise of the Red Clydesiders in the twentieth. Glasgow's not just a city, it's an urban civilization in itself, unique and fruitful. Its denizens have seen the city rise and fall, they have survived bombs and demolitions, and somehow kept their humour intact. Now these people and this city play a pivotal role in Scotland's future, and in the future of the UK. It's time for a book that tells the story in all its complexity. 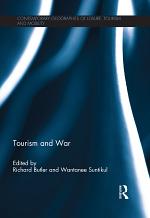 Authors: Richard Butler, Wantanee Suntikul
Categories: Travel
This is the first volume to fully explore the complex relationship between war and tourism by considering its full range of dynamics; including political, psychological, economic and ideological factors at different levels, in different political and geographical locations. Issues of peace and tourism are dealt with insofar as they pertain to the effects of war on tourism that emerge after the cessation of hostilities. The book therefore reveals how not only location, but also political strategies, accidents of history, transportation linkages, and economic expediency all have played their role in the development and continuation of tourism before, during, and after wartime. It further show how the effects of war are seldom if ever simply a negation or reversal of the effects of peace on tourism. The volume draws on a range of examples, from medieval times to the present, to reveal the multi-faceted development of tourism amidst and because of conflict in a wide variety of locations, including the Pacific, Europe, the Middle East, North America, Africa and South East Asia, showing the diverse ways in which tourism and war interacts. In doing so it explores how some locations have been developed as tourist attractions primarily because of war and conflict, e.g. as resting and training places for troops, and others flourished because of the threat of danger from conflicts to more traditional tourist locations. This thought provoking volume contributes to the understanding of the interrelationships between war, peace and tourism in many different parts of the world at different scales. It will be valuable reading for all those interested in this topic as well as dark tourism, battlefield tourism and heritage tourism.