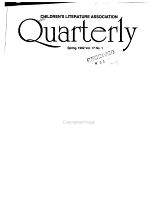 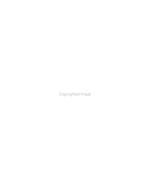 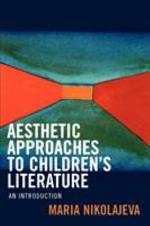 Authors: Maria Nikolajeva
Categories: Literary Criticism
This work fills the void by providing students of childrens literature with a comprehensible and easy-to-use analytical tool kit, showing through concrete demonstration how each tool might best be used. Contemporary literary theories discussed include semiotics and hermeneutics, structuralism and narratology, feminist and postcolonial theory, psychoanalysis, and reader-response, each adjusted to suit the specifics of childrens literature. 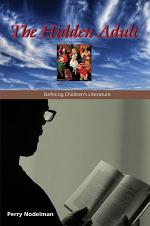 Authors: Perry Nodelman
Categories: Literary Criticism
Analyzes six popular children's books to define the genre and explains ways that adult experience and expectations can change the meaning of the text. 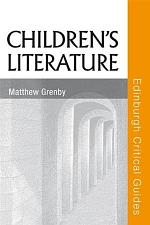 Authors: M.O. Grenby
Categories: Literary Criticism
Provides a thorough history of British and North American children's literature from the 17th century to the present dayNow fully revised and updated, this new edition includes: nbsp;a new chapter on illustrated and picture books (and includes 8 illustrations);nbsp;an expanded glossary; an updated further reading section.Children's Literature traces the development of the main genres of children's books one by one, including fables, fantasy, adventure stories, moral tales, family stories, school stories, children's poetry and illustrated and picture books. Grenby shows how these forms have evolved over 300 years and asks why most children's books, even today, continue to fall into one or other of these generic categories.Combining detailed analysis of particular key texts and a broad survey of hundreds of books written and illustrated for children, this volume considers both long forgotten and still famous titles, as well as the new classics of the genre all of them loved by children and adults alike, but also fascinating and challenging for the critic and cultural historian. Key Featuresnbsp;Broad historical rangenbsp;Coverage of neglected as well as well-known textsnbsp;Focus on the main genres of children's literaturenbsp;Thoroughly up-to-date in terms of primary texts and critical material 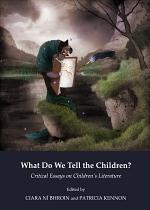 What Do We Tell the Children? Critical Essays on Children’s Literature

Authors: Ciara Ní Bhroin, Patricia Kennon
Categories: Literary Criticism
This peer-reviewed collection of critical essays on children’s literature addresses contemporary debates regarding what constitutes “suitable” texts for young audiences. The volume examines what adult writers “tell” their child readers with particular focus on the following areas: the representation of sexuality, gender and the body; the treatment of death and trauma; concepts of race, prejudice and national identity; and the use of children’s literature as a tool for socializing, acculturating, politicizing and educating children. The focus of the collection is on Irish and international fiction addressed at readers from mid-childhood to young adulthood. One section of the book examines what child readers were told in the past while another section examines young readers’ capacity for self-invention through the participatory culture of the twenty-first century. Topics explored include the controversial issue of teenage prostitution and the commodification of the male body in contemporary young adult fiction, the allure of celebrity and the impact of today’s surveillance culture on young people, the representation of the Holocaust for young readers, and representations of Muslim characters and culture in a post-9/11 mediascape. This collection, which offers insights into a range of literary constructions and representations of childhood, will be a valuable resource for students and scholars working in children’s literature, youth culture and childhood studies. Contributors: Jane Suzanne Carroll, Norma Clarke, Shehrazade Emmambokus, Michele Gill, Marnie Hay, Eimear Hegarty, Nora Maguire, Kerry Mallan, Anne Markey, Kimberley Reynolds, Beth Rodgers, Kay Sambell. This is the fifth publication of the Irish Society for the Study of Children’s Literature (ISSCL). It follows the Society’s publication of Studies in Children’s Literature 1500–2000 (Dublin: Four Courts Press, 2004), Treasure Islands: Studies in Children’s Literature (Dublin: Four Courts Press, 2006), Divided Worlds: Studies in Children’s Literature (Dublin: Four Courts Press, 2007) and Young Irelands: Studies in Children’s Literature (Dublin: Four Courts Press, 2011). 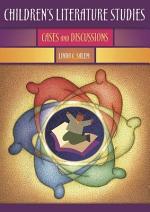 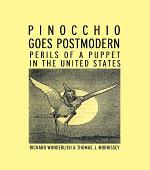 Authors: Richard Wunderlich, Thomas J. Morrissey
Categories: Literary Criticism
In the first full-length study in English of Carlo Collodi's The Adventures of Pinocchio, the authors show how the checkered history of the puppet illuminates social change from the pre World War One era to the present. The authors argue that most Americans know a trivialized, diluted version of the tale, one such source is Disney's perennial classic. The authors also discover that when adults are introduced to the 'real' story, they often deem it as unsuitable for children. Placing the puppet in a variety of contexts, the authors chart the progression of this childhood tale that has frequently undergone dramatic revisions to suit America's idea of children's literature. 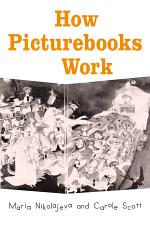 Authors: Maria Nikolajeva, Carole Scott
Categories: Literary Criticism
How Picturebooks Work is an innovative and engaging look at the interplay between text and image in picturebooks. The authors explore picturebooks as a specific medium or genre in literature and culture, one that prepares children for other media of communication, and they argue that picturebooks may be the most influential media of all in the socialization and representation of children. Spanning an international range of children's books, this book examine such favorites as Curious George and Frog and Toad Are Friends, along with the works of authors and illustrators including Maurice Sendak and Tove Jansson, among others. With 116 illustrations, How Picturebooks Work offers the student of children's literature a new methodology, new theories, and a new set of critical tools for examining the picturebook form. 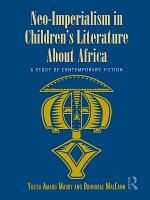 Neo-Imperialism in Children's Literature About Africa

Authors: Yulisa Amadu Maddy, Donnarae MacCann
Categories: Literary Criticism
In the spirit of their last collaboration, Apartheid and Racism in South African Children's Literature, 1985-1995, Yulisa Amadu Maddy and Donnarae MacCann once again come together to expose the neo-imperialist overtones of contemporary children's fiction about Africa. Examining the portrayal of African social customs, religious philosophies, and political structures in fiction for young people, Maddy and MacCann reveal the Western biases that often infuse stories by well-known Western authors. In the book's introductory section, Maddy and MacCann offer historical information concerning Western notions of Africa as "primitive," and then present background information about the complexity of feminism in Africa and about the ongoing institutionalization of racism. The main body of the study contains critiques of the novels or short stories of eleven well-known writers, including Isabel Allende and Nancy Farmer--all demonstrating that children's literature continues to mis-represent conditions and social relations in Africa. The study concludes with a look at those short stories of Beverley Naidoo which bring insight and historical accuracy to South African conflicts and emerging solutions. Educators, literature professors, publishers, professors of Diaspora and African studies, and students of the mass media will find Maddy and MacCann’s critique of racism in the representation of Africa to be indispensible to students of multicultural literature. 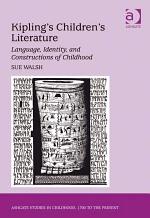 Authors: Dr Sue Walsh
Categories: Literary Criticism
Despite Kipling's popularity as an author and his standing as a politically controversial figure, much of his work has remained relatively unexamined due to its characterization as 'children's literature'. Sue Walsh challenges the apparently clear division between 'children's' and 'adult' literature, and poses important questions about how these strict categories have influenced critical work on Kipling and on literature in general. For example, why are some of Kipling's books viewed as children's literature, and what critical assumptions does this label produce? Why is it that Kim is viewed by critics as transcending attempts at categorization? Using Kipling as a case study, Walsh discusses texts such as Kim, The Jungle Books, the Just-So Stories, Puck of Pook's Hill, and Rewards and Fairies, re-evaluating earlier critical approaches and offering fresh readings of these relatively neglected works. In the process, she suggests new directions for postcolonial and childhood studies and interrogates the way biographical criticism on children's literature in particular has tended to supersede and obstruct other kinds of readings. 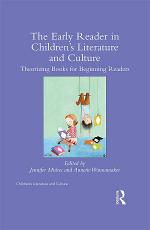 The Early Reader in Children's Literature and Culture

Authors: Jennifer Miskec, Annette Wannamaker
Categories: Literary Criticism
This is the first volume to consider the popular literary category of Early Readers – books written and designed for children who are just beginning to read independently. It argues that Early Readers deserve more scholarly attention and careful thought because they are, for many younger readers, their first opportunity to engage with a work of literature on their own, to feel a sense of mastery over a text, and to experience pleasure from the act of reading independently. Using interdisciplinary approaches that draw upon and synthesize research being done in education, child psychology, sociology, cultural studies, and children’s literature, the volume visits Early Readers from a variety of angles: as teaching tools; as cultural artifacts that shape cultural and individual subjectivity; as mass produced products sold to a niche market of parents, educators, and young children; and as aesthetic objects, works of literature and art with specific conventions. Examining the reasons such books are so popular with young readers, as well as the reasons that some adults challenge and censor them, the volume considers the ways Early Readers contribute to the construction of younger children as readers, thinkers, consumers, and as gendered, raced, classed subjects. It also addresses children’s texts that have been translated and sold around the globe, examining them as part of an increasingly transnational children’s media culture that may add to or supplant regional, ethnic, and national children’s literatures and cultures. While this collection focuses mostly on books written in English and often aimed at children living in the US, it is important to acknowledge that these Early Readers are a major US cultural export, influencing the reading habits and development of children across the globe.